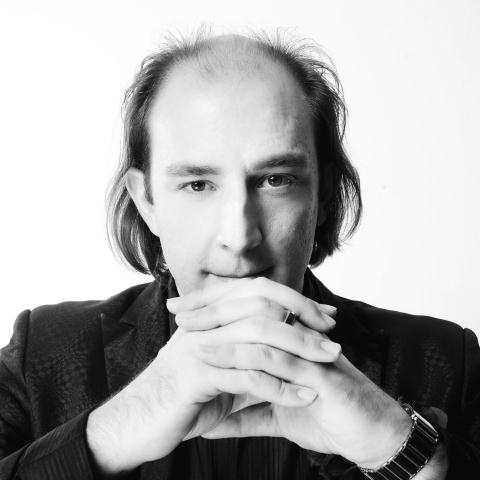 At a very young age Antonio realized that he had a passion for art – he looked at it, read about and studied it. After a few successful shows in Switzerland he found himself following the sun, seeing the world as a photographer and art director on cruise ships, collecting valuable insights, experiences and impressions.
Having travelled many parts of China and the world, Antonio went to Wudang Shan to refocus on his life and decided to dedicate it to the creation of artworks in oils in a new style he calls “Structursim” that he had developed through experimentation and that consists of diverse, sometimes very thick structures that are sharply cut by other structures.

He chose to create his art in “Structurism” because he is fascinated by oil paintings with structures or thicker layers of color since when he was a boy.

Those structures make that the spectator not only awakes in a fascination that challenges the consciousness, but is also set in the present moment that aligns body, mind and soul. Moreover the viewer experiences emotions that he did not or just rarely feel since childhood and is connected with this time when miracles, secrets and joy appeared abundant.

There are many aspects to Antonio’s art besides the obvious element of structures. The ideas to his works might be influenced by his experiences, travels and passions. The design however comes to him in meditation when he browses through his imagination until he finds a very appealing image. He will focus on this vision and start painting it in his heart and mind, perfecting the outlines of the designs and the colors in order to achieve a non-altering concept of the artwork. He will then sleep and work on it further in his dreams. In the morning he will sketch it quickly onto a piece of paper and then enlarge this sketch to the size in which he wants to create the artwork in all detail.

Usually his forms give the possibility of interpretation; Antonio gives but the outline of a head, a figure and suddenly the viewer can see himself in the image, become the Buddha, connect to his inner God or at least sense his divine origin.

We had the “Vide” of the New Realism, now Antonio fills the emptiness with the unconscious being brought into the conscious, activating imagination and fascination, awaking dreams of possibilities and ultimately creating a better world.